Daphne du Maurier’s short story, also the basis for Alfred Hitchcock’s classic film, is boldly adapted by Conor McPherson—a gripping, unsettling, and moving look at human relationships in the face of societal collapse. In an isolated house, strangers Nat and Diane take shelter from relentless masses of attacking birds. They find relative sanctuary but not comfort or peace; there’s no electricity, little food, and a nearby neighbor may still be alive and watching them. Another refugee, the young and attractive Julia, arrives with some news of the outside world, but her presence also brings discord. Their survival becomes even more doubtful when paranoia takes hold of the makeshift fortress—an internal threat to match that of the birds outside. 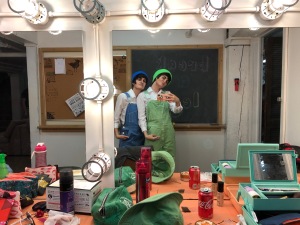 I help create and produce original plays with some of the best people in the world.

Get to know Theatre Corrobora a little better.